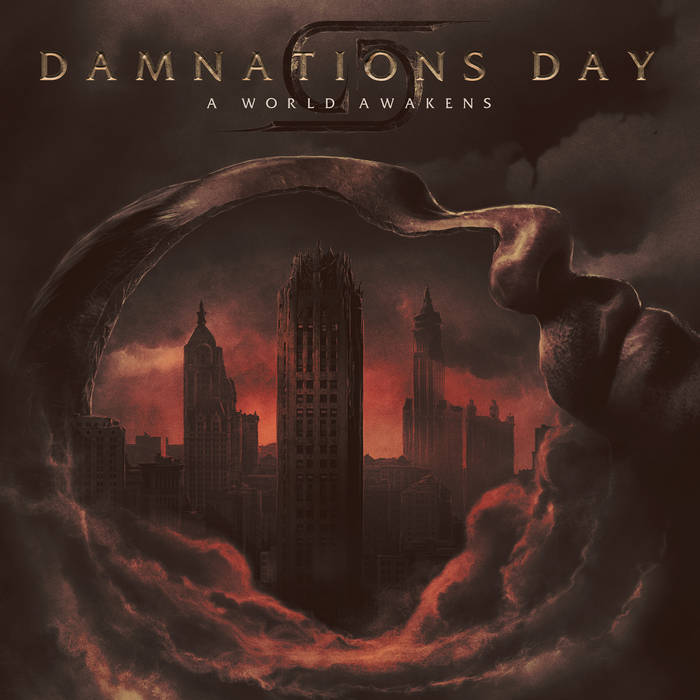 In September 2014 Damnations Day joined ACCEPT on the European leg of their BLIND RAGE TOUR. This amazing opportunity allowed DDAY to expose themselves to 28, sold-out shows in front of an average of 2000 people a night playing in legendary venues all across Europe and Scandinavia!

Damnations Day learnt a lot from their live shows and tours, and are determined to greater define their sound. Although showing versatility over different styles, playing on the bigger stage has refined the direction of their music combining the maturity and knowledge gained through the experiences of touring and time.

Damnations Day remain determined as ever to bring mature, professional, and honest music that is not directly covered by just one genre as well as bringing an energetic and powerful atmosphere to their live performance.

2015 was a year full of writing, and 2016 spent on recording, what has now become the completed 2nd Damnations Day album.

Titled “A World Awakens”, Damnations Day’s second release promises to maintain the raw energy, power and integrity of their debut release ‘Invisible the Dead’, while showcasing the bands growth in maturity, honesty and depth of both their musicianship and songwriting.

Not leaning to just one genre or direction, “A World Awakens” is an album that will have your undivided attention on first listen, only to pull you in further and further more on repeat.