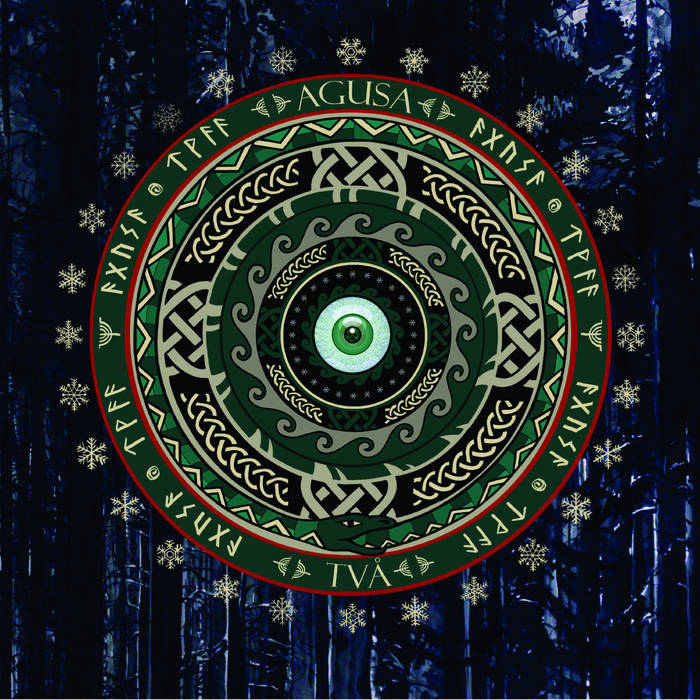 With almost forty minutes of new material, AGUSA delivers a wide array of seamlessly-executed, organic rock on the aptly titled Agusa 2. The band’s tranquil output blends tripped-out psychedelic and progressive rock structures are inspired by more folk than occult influences, instilling visions of nature, the cosmos, and dreamlike passages, meandering into realms of a possibly supernatural or parallel existence. While not a fully instrumental recording, backing vocal mantras only seep in through purposeful cracks in the construction of these immense movements, adding an even more spacious feeling to the overall flow of the album.

AGUSA was formed in the springtime of 2013, when Tobias Petterson and Mikael Ödesjö, former members of Kama Loka, recruited Dag Strömqvist and Jonas Berge for their early ‘70s progressive rock project. In the Summer, the outfit ventured out to the countryside where Dag lived, to a place called Agusa — virtually only a loose gathering of homes deep in the forest. Within these secluded surroundings, and the most amazingly sunny, warm Summer day, the new collective had an extensive, extremely inspired jam session which somewhat solidified the direction of their sound, so of course, the name AGUSA was simply perfect for the outfit.

In the Autumn of 2014, the band went into the studio to record their first album, Högtid, which was released on vinyl and digital media in early 2014. After a handful of gigs during the Winter, Dag decided to leave AGUSA to travel around India, and following a number of auditions, Tim Wallander, also a member of blues trio Magic Jove, joined the band. In the beginning of 2015, the refreshed lineup went into Studio Möllan once again to record their sophomore full-length, this time having asked a close friend of theirs, Jenny Puertas, to play flute on the recording. The match was so perfect that the band instantly invited her into the band on a full-time basis, expanding their lineup once again. They began performing with this new arrangement weeks later, and have not looked back.