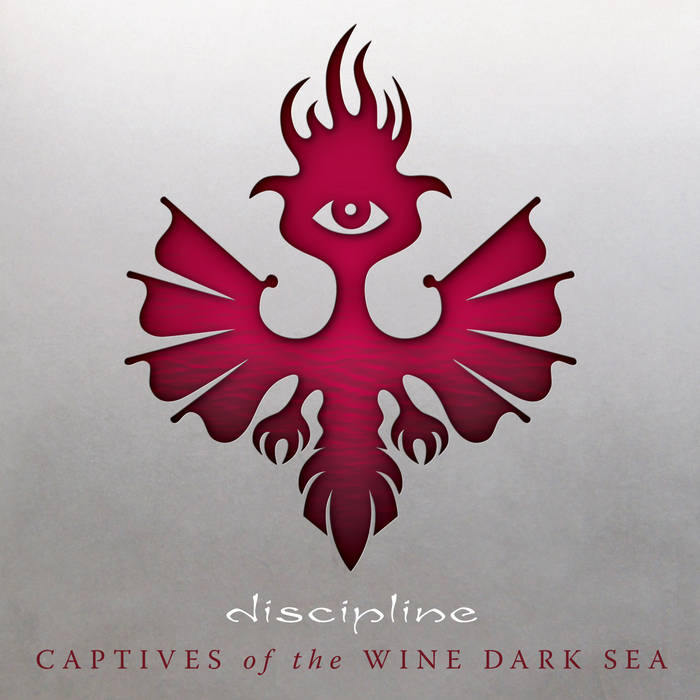 willy vlyminck This is a disapointment , for once I believed the hype, " Van Der Graaf did made their SGT Pepper", I should have known this statement is way over the top. Not a bad album but certainly not a masterpiece like " Pawn hearts" and or " Still Life". My expectations were to high, but ok, other PH/ VDGG are warned.

DISCIPLINE has performed and recorded together since 1987, and remains one of the top bands in the American progressive rock scene. The band’s current lineup, including drummer Paul Dzendzel, bassist Mathew Kennedy, lead guitarist Chris Herin (Tiles), and vocalist/keyboardist Matthew Parmenter, worked with veteran music producer Terry Brown (Rush, Fate’s Warning) for the mixing of their newest opus, Captives Of The Wine Dark Sea, which Parmenter describes as, “an escape to ameliorate the workaday world.”

“DISCIPLINE weaves a wicked web of lush, whimsical melodies, cynical stories and melancholy theatrics — so disturbing some fans have pegged lead-man Matthew Parmenter as ‘unstable,'” writes Heidi Olmac in Detroit’s Orbit newspaper. New Zealand rock critic Kev Rowland describes DISCIPLINE as “one of the most important bands to come out of America in the last twenty-five years.” The band’s earliest live shows were memorable for unusual theatrics. Parmenter (a.k.a. the Magic Acid Mime) would wear different costumes and act out the songs. Though the costumes have long since gone away, spontaneity remains a hallmark of DISCIPLINE‘s stage presence. “I think most of it comes from playing live,” says Parmenter in The Observer and Eccentric newspaper. “If something goes wrong, it’s kind of interesting how you will get out of it.”

Jeff Milo of Ferndale Friends newspaper writes, “Go online and you’ll find various zines, blogs, and sites devoted to ‘prog’ music sending some substantial love toward Detroit’s DISCIPLINE.” The band’s previous album To Shatter All Accord (2011) includes the twenty-five-minute song suite “Rogue.” John Collinge, publisher of Progression Magazine, acknowledged To Shatter All Accord with the publication’s highest marks in his review (16 out of 16 stars). The band may be best known for its album Unfolded Like Staircase (1997). With four sprawling epics, including “Canto IV (Limbo)” and “Crutches,” Unfolded Like Staircase is considered by some to be one of the best progressive rock albums of the 1990s. In the Dutch Progressive Rock Pages, Brian Watson goes further: “Unfolded is my favourite progressive rock album of all time. In over thirty years of listening, and out of a collection touching fifteen hundred albums, Unfolded Like Staircase is ‘the one.’” The CD Push & Profit (1993) introduced Discipline to an international audience supported by a tour of Norway. The band also recorded a virtually unknown first album Chaos Out of Order (1988) that remained out of print for twenty-five years until the band’s indie label, Strung Out Records, reissued the recording in 2013. DISCIPLINE has also released three live albums; the This One’s for England (2014, 2xCD), Live Days (2010 2xCD on Cyclops/GFT), and Into The Dream (1999 on Syzygy/SOR).

DISCIPLINE has appeared at numerous progressive rock festivals In 2012 the band appeared at RoSfest, the Rites Of Spring progressive rock festival in Gettysburg, Pennsylvania. That performance can be viewed as an Amazon Instant video. The band has also performed at NEARfest (Northeast Art Rock Festival), Terra Incognita, ProgScape, Orion Studios, and six separate performances at ProgDay in Chapel Hill, North Carolina. The band drew praise at UK’s Summers End festival in 2015 with reviews declaring Discipline “the band of the weekend.”.