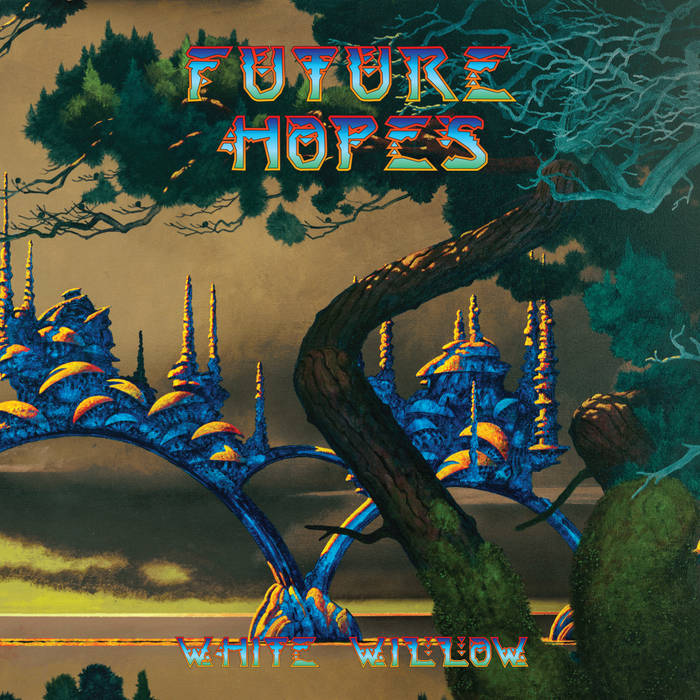 fronobulax I love Angalgard, and I know I will love this!!! Can't wait.
Canada

Formed in Oslo in 1992/93, WHITE WILLOW has built a reputation over the years as a diverse, subtle, progressively-focused group, their albums always critically acclaimed and revered as influential. They were a part of the original revival of progressive rock in Scandinavia that also included Änglagård, Anekdoten, and Landberk, and original Änglagård drummer Mattias Olsson is the drummer of WHITE WILLOW. Fusing influences from 1970s prog rock and folk rock, hard rock, electronica, and even some pop influences, with each album they explore new territories. A common thread throughout all the albums though, is the use of female vocals and the employment of huge arsenals of vintage keyboards and synthesizers, notably Mellotrons, Chamberlins, Moogs, Solinas, Prophets, and more. Among the bands/artists admired by WHITE WILLOW are Genesis, Blue Öyster Cult, King Crimson, Fairport Convention, Nick Drake, Joni Mitchell and Norwegian bands ranging from Høst to Darkthrone.

WHITE WILLOW’s first album since 2011’s well-received Terminal Twilight sees the outfit exploring some of the most “progressive” territory the band has ever ventured into, with several lengthy tracks and more instrumental passages than they are usually known for. Musically the album builds upon the foundation of its predecessor, with a modern approach to production. Future Hopes also features a heavy use of synthesizers, including the unique textures of the famed Blade Runner synth, the Yamaha CS80.

The Future Hopes lineup, which as always is a loose constellation of musicians with multi-instrumentalists Jacob Holm-Lupo and Mattias Olsson at the core, sees the return of several WHITE WILLOW stalwarts, including flautist Ketil Einarsen (Jaga Jazzist, Motorpsycho), keyboardist Lars Fredrik Frøislie (Wobbler, Tusmørke), and bassist Ellen Andrea Wang (Pixel, Manu Katché Quartet). The singer is however a new arrival. Venke Knutson is best known in her native Norway for a string of Top 10 hits and is well established as a solo pop artist. She came into Holm-Lupo’s orbit as a guest singer with his other project, The Opium Cartel. Guesting on several tracks and putting a clear stamp on the album is Norway’s trailblazing guitar hero Hedvig Mollestad, known from her own Hedvig Mollestad Trio. Holm-Lupo felt the material needed a soloist who could both navigate the tricky, almost jazz-influenced chord and time changes on the album while at the same time retaining a rock edge, and Hedvig fit the bill perfectly.

Future Hopes was mixed by highly respected Norwegian Grammy-nominated engineer Christian Engfelt, known for his work on the Elephant9/Reine Fiske album, Atlantis, and the Todd Rundgren/Lindstrøm collaboration, Runddans. The record was mastered by Grammy Award-winning audiophile legend Bob Katz, and completed with a specially commissioned painting by Roger Dean. The CD and digital versions of the album also feature two bonus tracks, including an original tune, “Damnation Valley,” as well as WHITE WILLOW‘s unusual cover of The Scorpions’ classic dirge, “Animal Magnetism,” re-interpreted as a Tangerine Dream-like electronic piece while still retaining the heaviness of the original. The star on the track is New York-based clarinetist David Krakauer, knows as the world’s foremost klezmer clarinetist, with countless credits to his name both with his own projects, in jazz constellations, with many of the world’s best philharmonic orchestras and with soundtrack music. Krakauer is a recipient of many prestigious nominations and awards, from DownBeat to the Grammys.