Specs Of Pictures Burnt Beyond 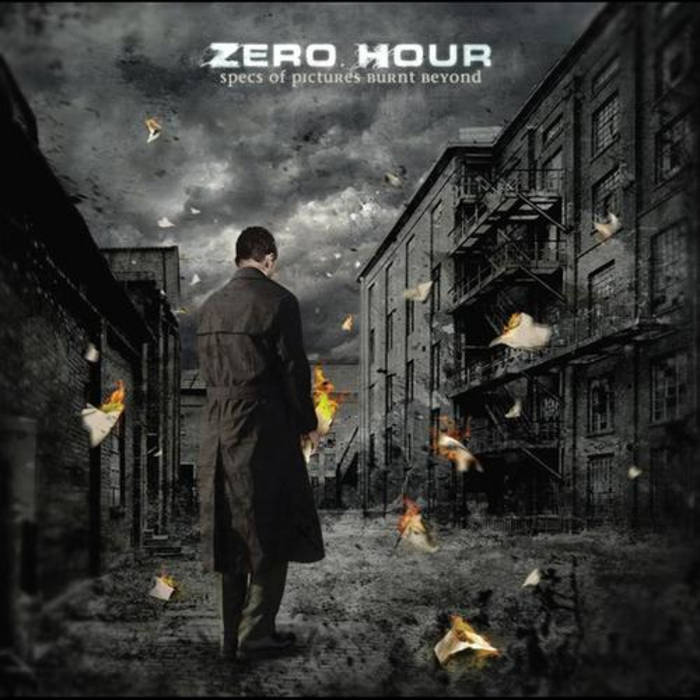 In 1993, almost everyone thought that metal was history. Guitarist Jasun Tipton and bassist Troy Tipton, twin brothers from the San Francisco Bay Area, did not succumb to these prevailing doubts. They believed that even through the darkest hour, metal would live on, and they set about forming a band that would not only keep progressive metal in a place of honor, but would shatter the mold in the process. In creating Zero Hour, the brothers envisioned a dark, heavy, emotional vibe, expressed through intricate arrangements, forceful vocals, and meaningful lyrics.

Zero Hour self-financed their first release which established the group as a prog-metal tour de force upon its issuance in 1998; an initial pressing of 2,000 units sold out quickly, leaving fans worldwide anxiously awaiting more Zero Hour material. The praises of the press flowed from around the globe, and the self-titled debut garnered raves from Flash (Italy), Snake Pit (Germany), Hard Roxx (UK), and many more. Michael Rensen of the premier German magazine Rock Hard proclaimed, "Zero Hour is one of the five Best Progressive Newcomers in the late '90s!"

Zero Hour is now fronted by vocalist Chris Salinas (formerly of Power of Omens. Salinas’ dynamic vocal range breathes new life into the band, once again taking them back to the heights they hit on ”The Towers Of Avarice”. ). The new line up recorded 7 songs under the guidance of the eminently talented Producer/Engineer Dino Alden. The album is titled "Specs of Pictures Burnt Beyond" and is already being hailed as one the years most anticipated releases. In early November, the band will be hitting the road to promote the new album with their first ever shows in the Northeastern United States. The momentum of Zero Hour is stronger than ever as they continue to carve their name into prog-metal history.